You are at:Home»Videos»Self-driving cars and human emotions

A team at Massachusetts Institute of Technology (MIT) is looking into whether AI in self-driving cars can classify the personalities of the human drivers nearby.

According to the team, which consists of Wilko Schwarting, Alyssa Pierson, Javier Alonso-Mora, Sertac Karaman and Daniela Rus, its key insight “utilizes Social Value Orientation (SVO), quantifying an agent’s degree of selfishness or altruism, which allows us to better predict driver behavior”.

The team’s statement explained further: “We model interactions between human and autonomous agents with game theory and the principle of best response. Our unified algorithm estimates driver SVOs and incorporates their predicted trajectories into the autonomous vehicle’s control while respecting safety constraints.

This video has been created to accompany an article in the Proceedings of the National Academy of Sciences. 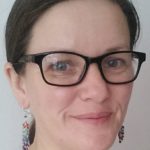 Tara has worked for UKi Media & Events since 2013, initially as a freelancer. She has been a journalist for over a decade and has worked for a range of publications, including Personnel Today, Management Today and The Grocer.