You are at:Home»News»Expo»AVT Expo interview: Effective training of neural networks

Olivier Bockenbach, head of functional safety for KPIT Technologies’ autonomous driving department, highlights the importance of avoiding both over- and undergeneralization when training neural networks, ahead of his presentation at the Autonomous Vehicle Software & AI Symposium, May 21-23, Stuttgart, Germany.

Tell us more about your presentation. 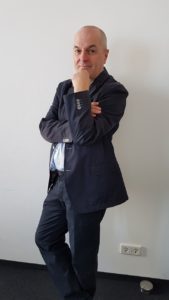 n the past few years, the automotive industry has moved rapidly from ADAS systems – which just assist the driver – to full-blown autonomous driving systems. However, these also have the responsibility of dodging suddenly appearing obstacles, actions which require advanced driving skills and a deep understanding of vehicle dynamics which can normally only be acquired through intensive training. Making sensors (primarily radars and cameras) and actuators (steering, braking and powertrain control systems) work together successfully is the name of the game here.