You are at:Home»Videos»Goodyear’s first vision for autonomous mobility

Made in the 1950s, the vehicle was the tire and rubber company’s first autonomous concept vehicle with an interior that featured a television, telephone and button-less dash and instrument panel.

Its tires were also illuminated for safety reasons, with today’s AV also experimenting with lighting on other parts of self-driving vehicles to communicate with other road users and pedestrians. 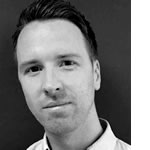